50 Years As One Of Southern California’s Most

PASADENA (DATE) – It was 50 years ago when two Los Angelinos partnered to promote the first city-wide flea market.  The local entrepreneurs – Bill Thunell and a fellow named R.G. Canning – selected the Rose Bowl for their event, which they called The Rose Bowl Flea Market and Market Place.  The giant flea market was heralded as a new concept in 1968, and since its launch RG Canning’s Rose Bowl Flea Market has attracted vendors and attendees by the hundreds of thousands.

Today, R.G. Canning Enterprises’ Rose Bowl Flea Market and Market Place represents a major part of L.A.’s history – as one of Southern California’s most popular and beloved year-round events.  For 50 years, nearly 20,000 people have gathered at the Rose Bowl every second Sunday of the month for buying experiences they can’t get anywhere else.  The R.G. Canning-presented Rose Bowl Flea Market and Market Place has become part of the fabric of Los Angeles, with each flea market transforming into a fun and memorable shopping adventure.

The story of The Rose Bowl Flea Market and Market Place is a mixture of unlikely circumstances, dedicated individuals, and a dose of good fortune.  After R.G. Canning began with a series of successful car shows across the region, the company sought to expand into retail and take advantage of the small, yet robust, population of Californians who loved dealing in antiques. Locations were surprisingly hard to come by, and early events held in Orange County floundered. However, the partners soon learned that the Pasadena Rose Bowl was looking for a way to generate income year-round. It turned out to be a history-making match.

When The Rose Bowl Flea Market and Market Place first opened, it barely had enough vendors to spread around the stadium.  But segue to recent years and there are over 2,500 vendors selling over 2 million items of interest blanketing the Rose Bowl and its surrounding parking areas. The decades of flea market events have also generated a treasure trove of anecdotes, like this one that was featured in the hit television show That’s Incredible: A visitor to the Rose Bowl Flea Market from out of state came upon a booth selling old postcards. He began rummaging through the thousands of postcards and happened upon one that caught his attention – a postcard sent by his mother to her mother announcing his birth.

The marketplace also sells more than antiques. Among its tables of past treasures, attendees find new and useful products; learn about important services offered by local companies; engage in a number of arts and crafts activities for young visitors; and round-out a full day of exploring by having lunch at one of its many food booths.

“Our 50th anniversary is a testament to the level of passion that goes into every event since the day we started,” said RG Canning Mike Redd, Vice President. “Among the many faces we see each month are those who have been with us since the beginning – whether they be longtime vendors or customers – and it’s for them we celebrate. We are honored to be a part of Southern California history and look forward to contributing to our city’s continuing history for another fifty years.” 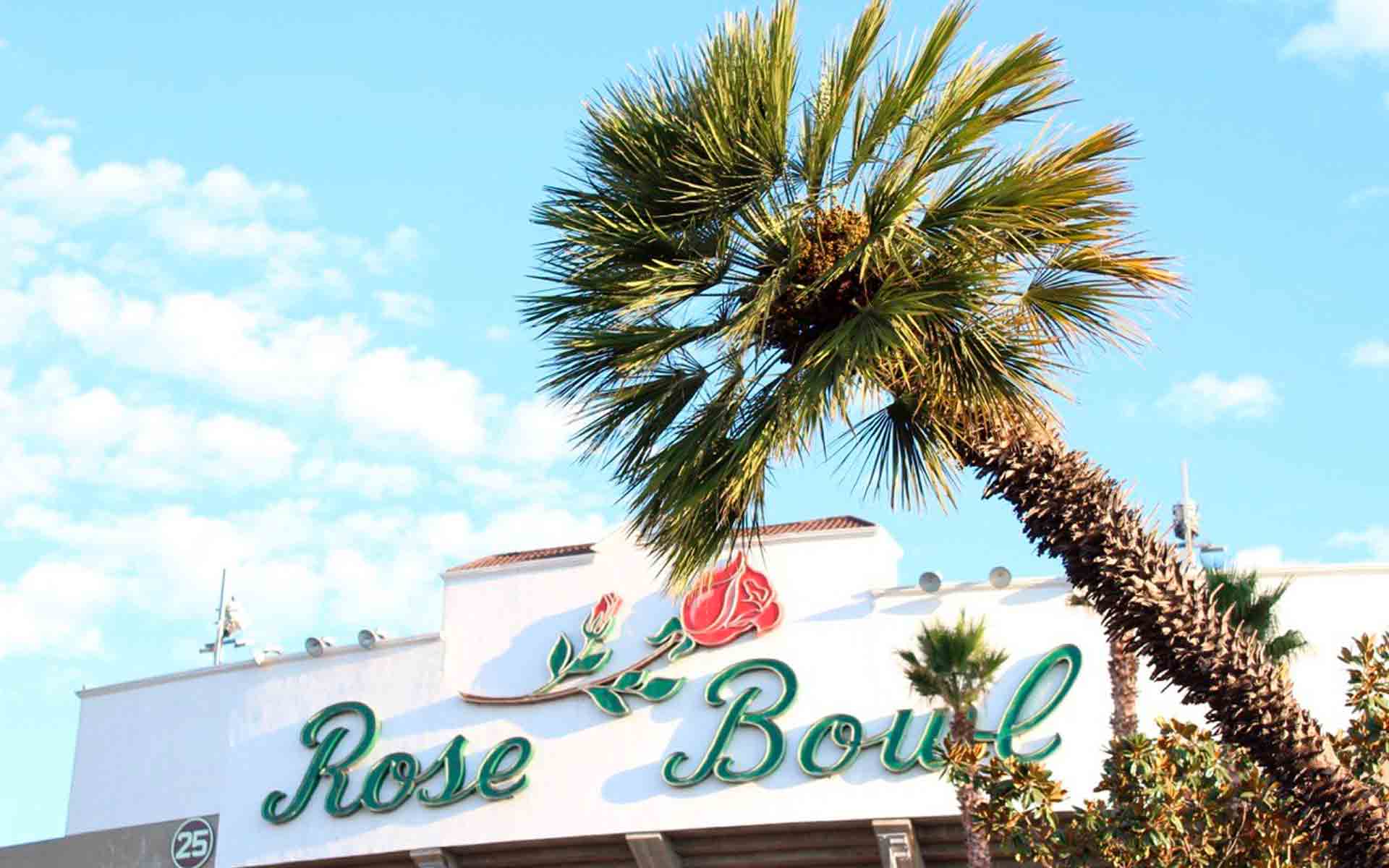 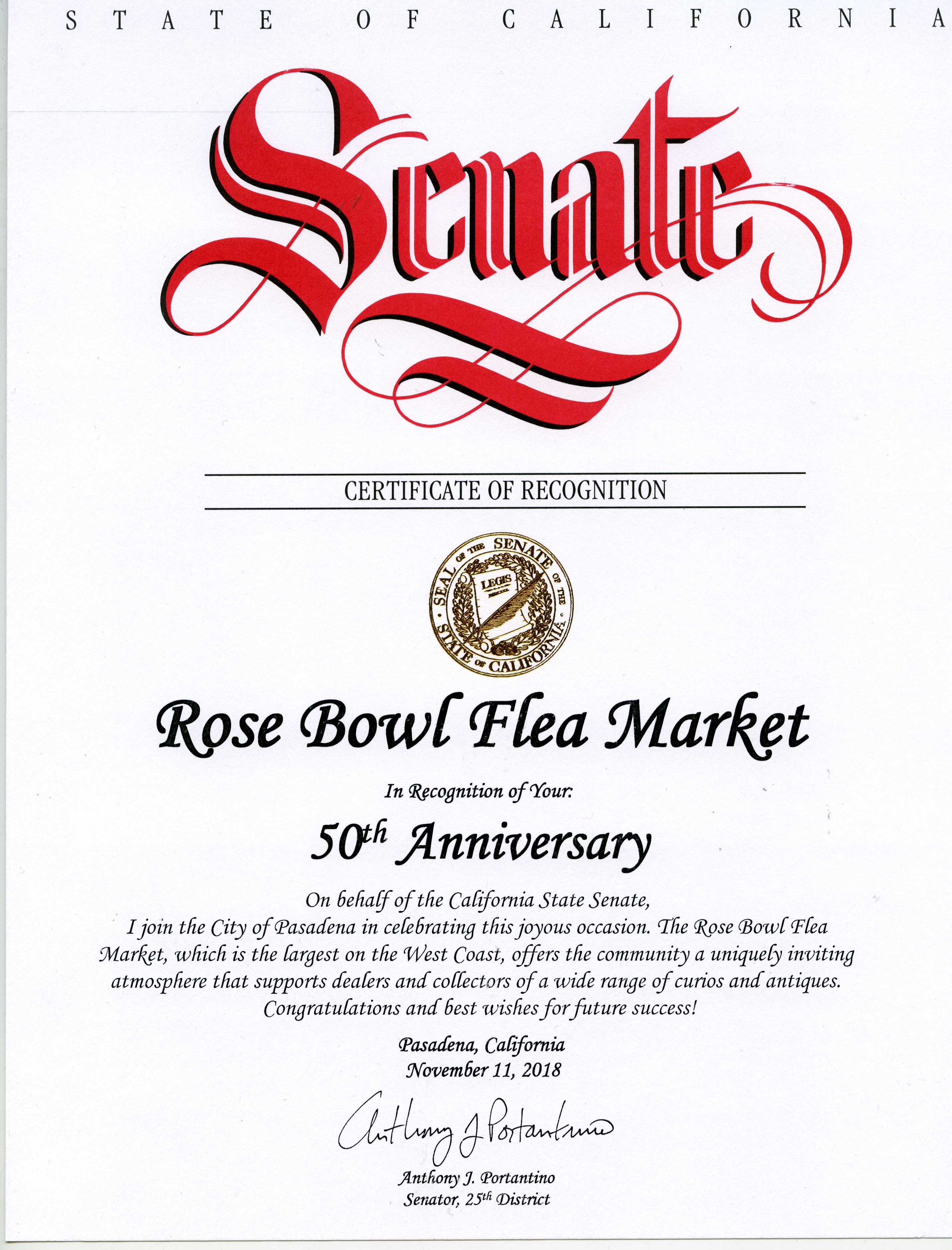